THE CREATOR & COMPOSER OF

"A TRIBUTE TO THE BEATLES"

Once upon a time, a young man fell in love with The Beatles. He admired the perfection of their music & their message to the entire human race. It was a message of peace, love & creativity, carefully crafted into their masterful lyrics & melodious songs. In fact, The Beatles created their own unique genre of music, apart from most other rock or pop groups of the time. They created music like nothing ever heard before; something for the ages. Hearing a Beatles song for the first time, was & is, a wondrous experience like no other.  But alas, those days are gone. There are no NEW Beatles songs anymore. The Beatles broke up. For a full decade during the Seventies, the world held its breath, hoping against hope, for a Beatles Reunion & for the creation of more brand new Beatles songs to add to their incredible catalog. We all hoped the magic could be re-ignited. Sir Paul has often reminisced that they almost actually did it. But then, at the end of that decade, on December 8th, 1980, all hope for this magical moment was crushed by a cruel act of evil. The dream of a Beatles Reunion was no longer viable. The Walrus was gone. And then, of course, some years later, we also lost our very precious ethereal Beatle. The Beatles were cut in half & their magic was frozen in time.

Since then, hundreds of Beatle Tribute Bands have come and gone as well, singing their magical songs as best they could, trying to align with their perfection, for the sake of nostalgia. But in the end, the world would always come up short, because after all, singing Old Beatles songs is fun, but not quite the same as creating New ones! After many years, the young man in our story grew old, but he always thought and believed, that it would be a wonderful thing, if a new Beatles Tribute Band would try to take on the Quixotic challenge of composing, singing and recording, new Beatles Style songs, instead of trying to sing all their old ones. Creating new Beatle Style music would be a gift to the human race, for all posterity, even if this gift inevitably fell short of their magical perfection. After all, nobody can sing like The Beatles. Nobody can compose music like the Beatles; and nobody can produce an album like George Martin. The bar has been set quite high by Sir Paul and company, well above the reach of mere mortals. But mere mortals can dare to reach as high as they can, and they can aspire and strive to achieve perfection, even if in the end, they fall short.

THE QUEST FOR PERFECTION

In 2007, upon receiving a diagnosis of cancer, the man in our story decided that it was now or never. He decided to pursue his life's dream. Unfortunately, he was not a trained musician, so the challenge of re-creating some of the Beatles magic was more daunting than it would otherwise have been. Each of their multiple talents and unique abilities would have to be imitated. Luckily, after listening to Beatles Albums all his life, the man in our story discovered that, despite his musical handicaps, he had an Idiot Savant's ability to create Beatles Style Melodies and Lyrics, or at least a reasonable facsimile thereof. This was quite a surprise to him because he had never attempted to create Beatles style music prior to 2007. He believed the only explanation for this, was his dutifully attending Beatles Music School for thousands of hours, sitting in front of a stereo, while John, Paul, George and Ringo conducted class. The lessons took hold. But nothing could help him sing properly in a way that sounded similar to The Beatles, or play the required musical instruments as they might have. This created another challenge all on its own. Undaunted, and still determined to create something magical, our cancer patient traveled the land in search of Beatles Style Vocalists to help him sing his songs, with rough draft demo tracks and guiding vocals in hand.

THE BIRTH OF LIVERPOOL DREAMS

After dozens of failed attempts, Liverpool Dreams finally found its Beatles Style Vocalists & also a Magic Studio where it could record its songs. In truth, the combination of all these unlikely elements resulted in a product that sounds like a close approximation of the original Beatles magic. Never quite as good of course, but always trying to improve. Currently, Liverpool Dreams has 32 completed songs, 7 songs duplicated by alternate Beatles Style Vocalists, and another dozen songs ready to be completed as works in progress.

Liverpool Dreams' Goal is to catch the attention of Sir Paul McCartney & Sir Ringo Starr, & encourage them to complete & perfect The Liverpool Dreams Project as an enduring Tribute to The Beatles. Nobody else can accomplish this properly. We can't complete it ourselves. We would ask Sir Paul to adopt all our songs in their entirety for $1 so he can Re-Sing them, especially parts that were written & composed specifically for his magical, one in a billion voice. Other segments of our songs were clearly written for John, George or Ringo, and we did the best we could to emulate what that might sound like. We would also hope that Ringo could sing with Paul on some songs, & play drums on all our songs so they can be re-recorded & re-released as Beatles Genre Music. Perhaps Dhani Harrison, Julian Lennon, & other Beatle family members could partake in the Project festivities as well, joining in on the singing, playing & re-recording of the Liverpool Dreams' Tribute. We envision a monumental, joyful, glorious project, as a Musical "thank you" from the world and from us, to these (4) Historical figures who will live in mankind's memory forever. This is the paramount wish on our Cancer Patient's "Bucket List" and is what Liverpool Dreams is all about. To help perpetuate the Beatles Genre of Music in the years and decades to come, we also hope to establish a Beatles Style "Music School" for potential "Composers In Training", who would specialize in creating songs adopting their style, and develop Multiple "Liverpool Dreams" Performing Bands to circle the globe singing their songs forever more, both old and new, to include all their actual old magical Beatles songs, as well as new Liverpool Dreams music yet to be developed in future years, to help keep the dream alive; The Dream that The Beatles started, so many years ago. Dreams, like beautiful music, can live on forever.

Right now, the world could use a little bit of Beatles Magic and the Hope and Joy that they once brought to the entire human race. The song "Minstrels Of Joy" was specifically written as a homage to them, as Liverpool Dreams' way of saying thank you to them, for all the Joy they gave us!

OUR PROJECT WILL BE A CHARITY

Liverpool Dreams will ask Sirs Paul & Ringo to pick a Charity of their choice so Profits from the Liverpool Dreams Project can be donated to it. However, we intend to keep the $1 Adoption Fee for our songs. 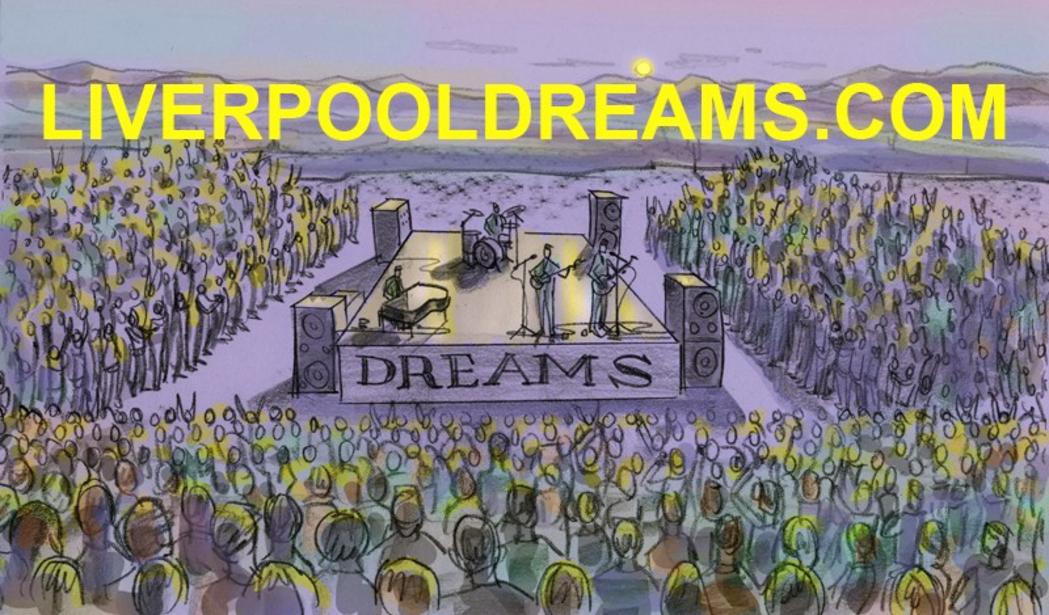 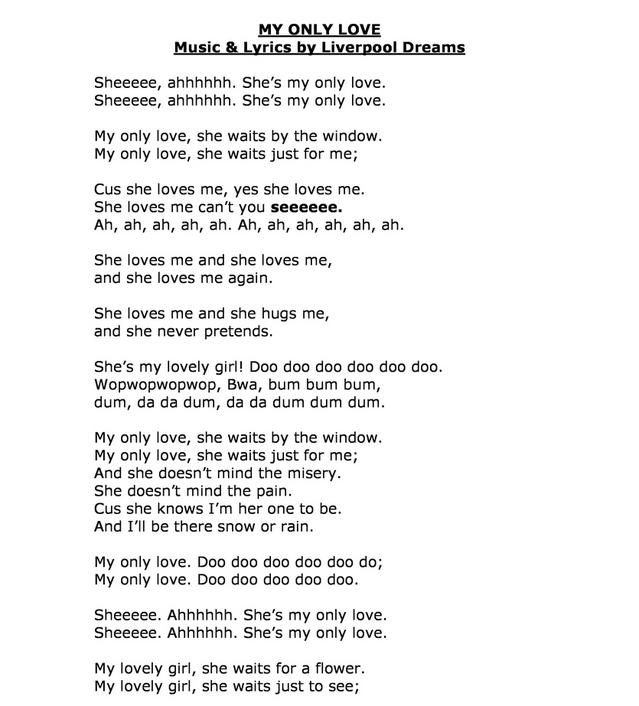